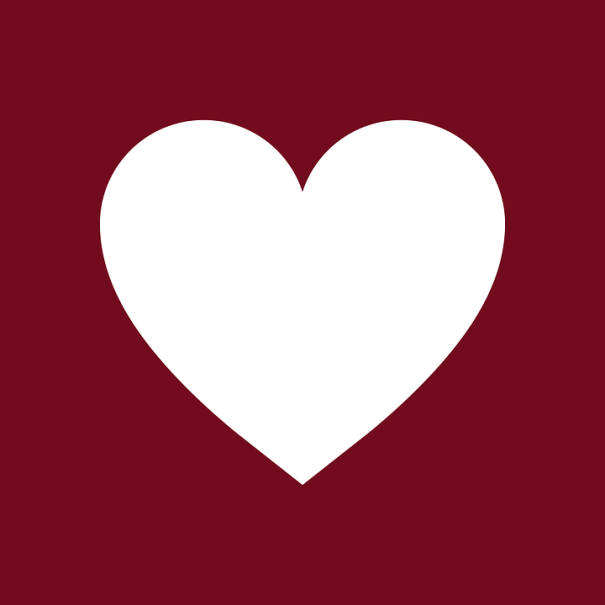 I’ve just finished season one of the Netflix original series “LOVE”. I hear there’s a season two coming up. There had best be I want to see what happens next. To give you a brief run down it’s about a man and a woman. A boy and a girl. Whatever. He’s nothing special and his name’s Gus. She’s your average looking kinda girl and her name’s Micky. Narcissistic as fuck. He’s a rule player, the kind that would tell you what his hand in a game of poker is. Basically your everyday man and woman of the world. Thus relating very much to you and I. What I found interesting about the script is how they nailed the reality between two new love interests. These guys literally wrote my life into a series without even meeting me. Borderline geniuses. I’m going to have to break it down, go in slowly and do a ‘bit-by-bit’ evaluation of why ‘LOVE ‘ really is full of ‘shit this happens to me’ moments and why you need to watch it…

Ever met a guy, had sex and he doesn’t text you back? You know what, even met a guy who you really just like and he didn’t text back? Of all wonders of the world this has never happened to me but for sure do I know people it’s happened to. I’ve had it where we had glorious sex and a few days later I’m thinking ‘hang on a second..’ because he’s failed to text me first. Still a blow off. There’s a particular scene in which they have sex, Micky ignores Gus and “pretends” to be tired so he leaves (I’m guilty as charged on that count. More than once.) Gus has invited her to a party/gathering at his house that evening, although the invite came as he awkwardly left and clearly didn’t know what else to say as he grappled with his clothes trying to get through the door feeling obviously confused. He doesn’t text her all day. So naturally Micky turns up unannounced at the party and asks why he didn’t text her back. While we don’t get invited to parties like the Americans do we have all at least once turned up somewhere having being ignored to find out why. Accidentally on purpose still counts.

REASONS HE DIDN’T TEXT BACK:

His *POV – Micky’s unannounced show at the party made Gus feel a bit weirded out. Plus he was too busy working that day to text back or think to text first. Feels like real life doesn’t it?

Why is there ALWAYS another girl involved?. You think this guy is into you; he chases you, hunts you down you even set him up on a date with your housemate. That’s what Micky did. Fighting her confused feelings towards Gus until he pops and tells her that he likes her and she needs to stop messing him around and he knows where he stands. Micky runs out to him in the car and plants a smacker in his lips. Gus is walking on water for the next few days and they jump into bed practically straight away and have a few days of sheer bliss and contentment. Remember that time Micky ignored him? Uh oh. So, some hot blonde with big boobs fancies a bit of Gus. This hot blonde happens to work with Gus. Most hot blondes get what they want, especially when their rack rivals that of TGI Fridays. In this case, hot blonde instigates an invitation to his party and Mr Nice Guy (Gus) invites her along being a friendly citizen towards a damsel in distress.

So, your guy hasn’t text you all day and you only just had sex last night. You turn up to the party and he looks at you like your trespassing. Upon introductions you see hot blonde and feel a bubble of jealousy, or envy, no wait, definitely jealously. Taking him to the side you ask is everything OK? Go in for a kiss and he pulls away. He feels awkward with all his friends in the other room (insert other excuses here.) Why is he doing this I mean I swear he likes me? You leave for a smoke/fresh air and hope he follows you but he doesn’t.

His *POV – This blonde has been advancing on him for a while and you blew him off this morning and turned up unexpectedly at his apartment. The math is simple. It’s not right but if he can get away with it he’ll do it.

His date ideas quite frankly suck.

Gus takes Micky on a date to a magic castle. Micky Hates magic. Micky reminds Gus the entire night just how lame this date idea is and how stupid magic is. Then to be sure she reminds him some more. Micky doesn’t want to be in a magic castle.

We’ve all been on a bad date. If you haven’t well done and I hope your winning streak continues. Don’t become a narcissist like Micky. It’s not all about you. The guy is introducing you to his life and what he enjoys, hoping to impress you and give you a good time. Yeah, he will fuck up and that’s OK. If you like him give him a smile and make the most of an otherwise disastrous night making a mental note to break it to him another time that magic just isn’t your ace of spades. If you don’t like him don’t date him again and get a friend to call and tell you she got her period all over the seats of your brand new Audi she borrowed and you gotta go.

How to deal with a bad date:

His *POV – He loves magic and wants you to love it too. Quite simple. He wants you to like what he likes. He’s not trying to bore you intentionally.

I get it. You see your ex and there’s still that niggling feeling. He’s not right for you but so many times he’s been good for right now. Micky invites Gus to a party before she even realises she’s hot for him. Two of her ex-boyfriends appear, one of which she cheated on with her best-guy mate and the other a recovering Cocaine addict that she can’t quite put to bed. She gets drunk and acts like a twat. In short she has a bad past experience with relationships, freaks out at the thought of a new guy and puts a date with Gus on the back burner.

Naturally, and similarly to myself it’s easy to just say no and stay in single town. Easy to have a major melt down crisis and bail on meeting a new guy. You won’t move forward if you keep looking back. That’s as simple as I can make it. Close the book, burn it if you wish but put a padlock on it and stop that story from ruining something that hasn’t even happened yet. No guy wants your baggage, just as you wouldn’t want his.

His *POV – He has no idea what’s running round in that crazy little over-thinking mind of yours, he’s just genuinely baffled and questioning himself on all the things he may have done wrong to get you to bail on him at the last minute. In his head he’s the problem. Don’t make a man sweat that out. 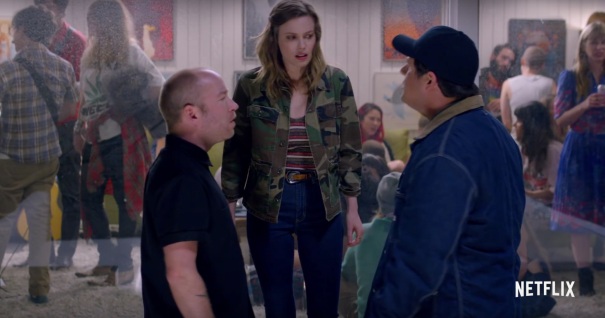 So, that’s LOVE. Totally relatable. Incredibly watchable. I say have a series-athon and watch all ten episodes at once.

Oh, do share your dating dilemmas with me I’d LOVE to hear them…

Bella’s bit on the side